El Niño. If you live in Costa Rica, you have to have heard about it. How much you know about it is a different story. What is it? When does it happen? Are we experiencing an El Niño right now? Why is it called El Niño? Why should I care? Let’s answer one by one.

What is El Niño?

Above all, El Niño is a proven fact. But we are yet to understand what triggers it. There are several theories that try to explain it. What happens is that the waters of the Tropical Pacific closest to Asia, which are typically warm, expand towards the American side of the Pacific. In American coasts deep waters that are normally cold and nutrient rich get warmer, which causes its nutrients and fisheries to decline. When it happens, El Niño lasts for several months and impacts the weather in the whole planet, not only in the American continent. There are several changes in the water and the atmosphere: the ocean affects the atmosphere and viceversa.

In case you don’t know it, the Eastern Tropical Pacific is the water that touches the west coast of our country. That means that it happens on our coasts and affects us directly.

In order to identify if we are really facing an El Niño, scientists retrieve data from a buoy system which measures temperature, ocean height, currents and winds. That data is compared with information from satellites and meteorological observation stations. All of the previous is combined in complex computer models.

What the scientists foresee for 2015 is worrisome.

When does it happen?

Like so many things related to weather, we don’t know for sure. We know that it happens in cycles of two to seven years. In the past, scientists have declared an El Niño event based on their observations and data from buoys and satellites, and it has not happened. But like we said before, even if  El Niño is a proven fact, it is extremely complex and we are still studying how it is produced.

Are we experiencing an El Niño right now?

Yes. And scientists believe this is only the beginning of a very strong one. So much so that is could be considered a “super” Niño. We will be able to ascertain it once the year progresses. If this phenomenon runs its current course, 2015 could be the hottest year in our planet’s history.

In the past we’ve only experienced two “super” Niños: 1982-83 and 1997-98. El Niño from 97 had great effects on world weather and some simulations suggest that this year that event’s temperature could be surpassed. In order to know if 2015 will bring a “super” Niño, the ocean’s high temperatures should be maintain during a whole month, and July could be that month.

As a reference, during El Niño from 1982-83 coral reefs presented high death rates in places as far away as Cocos Island, which is still recovering from it, more than 30 years later. 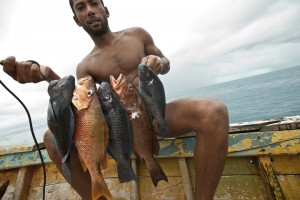 Why is it called El Niño?

As you now know, El Niño takes place in the Eastern Tropical Pacific. That’s where we are.

The first people to identify a change in water temperatures that happened in cycles were Latin American fishers and coastal communities. They also noticed that the event usually started at the beginning of the year, right after christmas. According to Catholic tradition, who else arrives on Christmas? El Niño (baby Jesus). That is why this phenomenon’s name is in Spanish.

Why should I care?

The million dollar question. The answer lies in the way this event affects our planet’s weather.

El Niño is so important that studies from Columbia University identify it as a possible trigger for future civil wars. El Niño is associated to storms, heavy rains, floods, droughts. This would affect access to resources for some communities, which in turn would create conflicts that would escalate as the temperature increases. 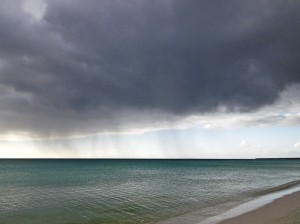 You cannot escape weather. El Niño happens right next to us. Warmer years, harsher weather. You are going to experience these consequences.

El Niño was identified by fishers. And they didn’t notice it because they went swimming, they did it because they observed changes in their fishing catch and in rain / drought patterns in their land. This is a phenomenon that affects our access to food and to sources of income for our coastal communities. It impacts fisheries and farming.

The ocean affects our atmosphere and the atmosphere affects our ocean in return. They both have enough problems as it is. How this phenomenon could be affected by global warming and atmospheric alterations is a constant source of concern for the scientific community.