So much has happened in Costa Rica on the conservation and exploitation of marine resources front during 2015, that it is easy to get overwhelmed, or at least confused.

Certainly one of the issues that sparked the debate was what our government called National Policy on Sustainable Exploitation of Shrimp. With great fanfare, it was announced that the process involved the participation and support of the fishing sector, government, academia and the environmental sector.

From there things started badly, given that stating that academy, environmentalists, scientists and even large segments of the fishing industry in our country approved an initiative to reopen trawling, is far from the truth.

We will take it slowly:

Trawling, in all its forms, it is one of the most damaging and unsustainable fishing practices in the world.

The United Nations Food and Agriculture Organization (FAO) compares the use of trawling nets to catch shrimp to cutting down an entire forest just to capture some birds.  © Keith A. Ellenbogen

Trawling nets with weights attached are dragged throughout the ocean’s floor in order to catch shrimp. But shrimp are not the only animals that inhabit our coastal areas. When the nets are dragged along the seafloor, all in their path is destroyed or altered. This is a good example of one of the main threats to the oceans: the destruction and degradation of habitats.

Trawling’s impact is enormous, both for seabed ecosystems and for fisheries. Trawling traps indiscriminately: the small mesh used to hold the shrimp allows few animals to escape. All that is not shrimp is simply thrown back into the sea. This removes the resources for other fishermen. The University of Costa Rica reports that up to 39 species of fish and 30 species of crustaceans are caught ‘by accident’ when it comes to fishing shrimp. In addition, much of the shrimp that is trapped and almost all of the fish that is caught incidentally, are juveniles, ie they have not had time to reproduce and their exploitation is illegal

In the Gulf of Mexico, for every pound of shrimp that is caught between four or ten pounds of marine resources are thrown back into the sea, mostly dead. In Panama trawling discards over 80% of its total catch. According to the FAO, in 2007 in Belize 19 tons of shrimp were caught but up to 190 tons of other marine species were discarded. In Costa Rica, it has also been reported the discharge of 90% and up to 100% of the catch.

What you just read should be chilling. Therefore, quite logically, our Constitutional Court ordered trawling to be closed. 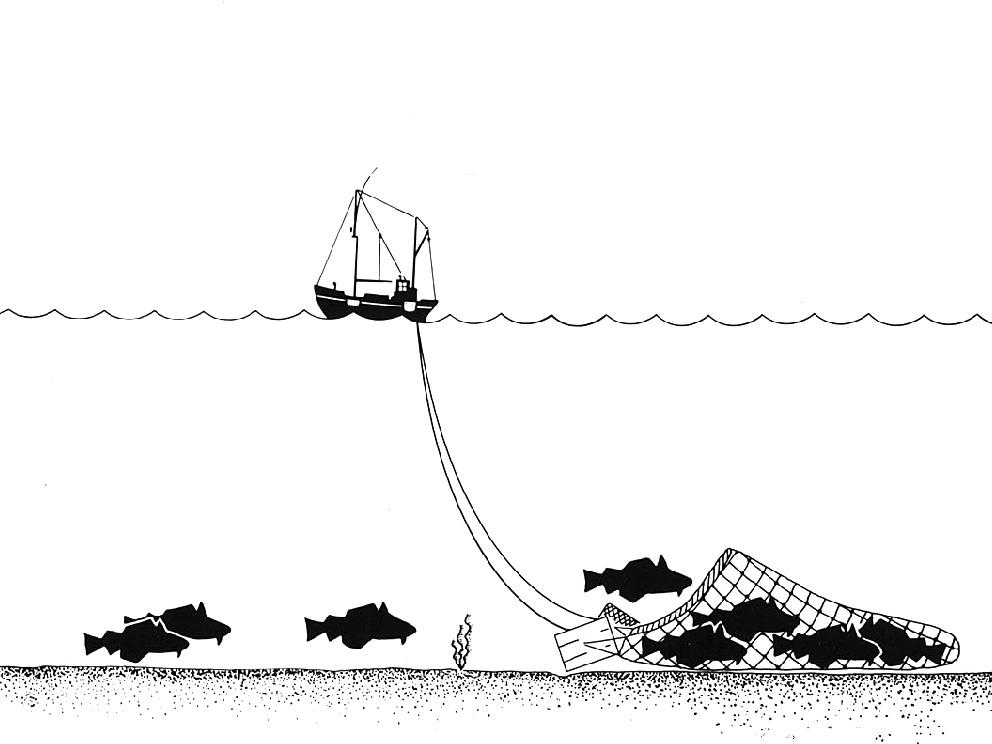 Trawling is one of the most destructive fishing practices. ©Wikimedia Commons

What happened in 2015 to ignite the debate?

The last trawling license in our country expires in 2019. From that moment on, according to the Constitutional Court, it would no longer be allowed to fish with this destructive art in our country.

However, in March, Luis Guillermo Solis’ government announced the development of the Plan for Sustainable Exploitation of Shrimp, which later became justification to re-opening trawling.

Although environmental organizations support the view of the Constitutional Court and that there is criticism from the artisanal fisheries sector to the project, the government stated it had the backing of the environmental sector. That is not true.

What about all the jobs generated by trawling?

That is why Pacific artisanal fishermen have expressed concern that trawling will be opened again.

The government has failed to demonstrate that trawling economically benefits the large number of people living in poverty in the provinces such as Puntarenas. Without knowing really how it impacts artisanal fishermen and their jobs, the discussion about the benefits of trawling is unfounded.

Meanwhile, the scientific community has amply demonstrated that trawling removes the marine resources on which many families depend. Eventually, even the same trawlers will be left with nothing to fish. Any measure that our government intends to implement should be installed gradually, ensuring that coastal areas benefit from the transition. We’ve wasted two years and it is not yet clear what measures are being considered and evaluated.

Conservation International agrees with the opinion of the Constitutional Chamber. Trawling threatens the future work and the dignity of the fishing communities of Costa Rica. We should not reopen trawling. We must ensure that the transition is careful and that it will generate a benefit for our country and its coastal areas.

While the last licenses expire (in 2019) we believe that the following steps must be followed: 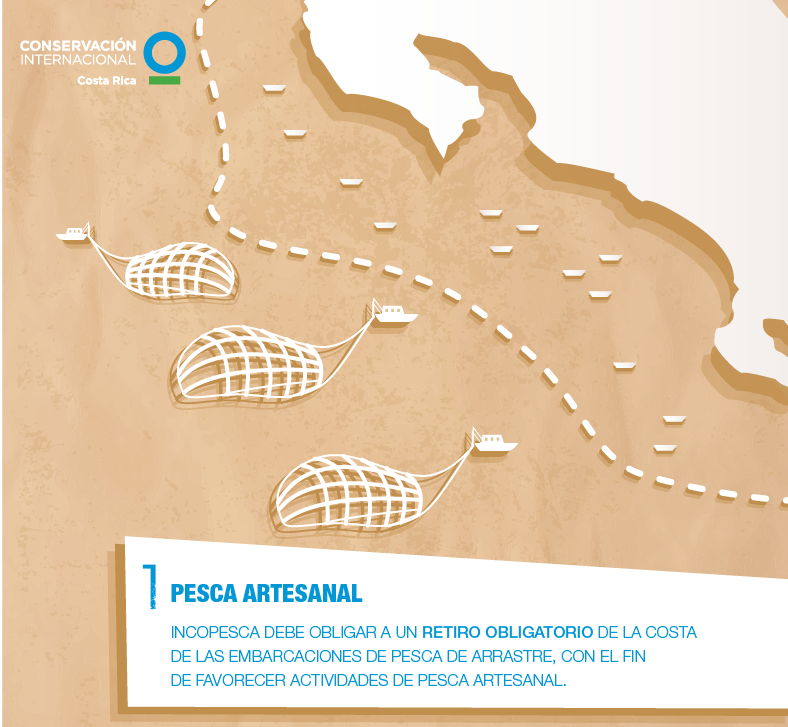 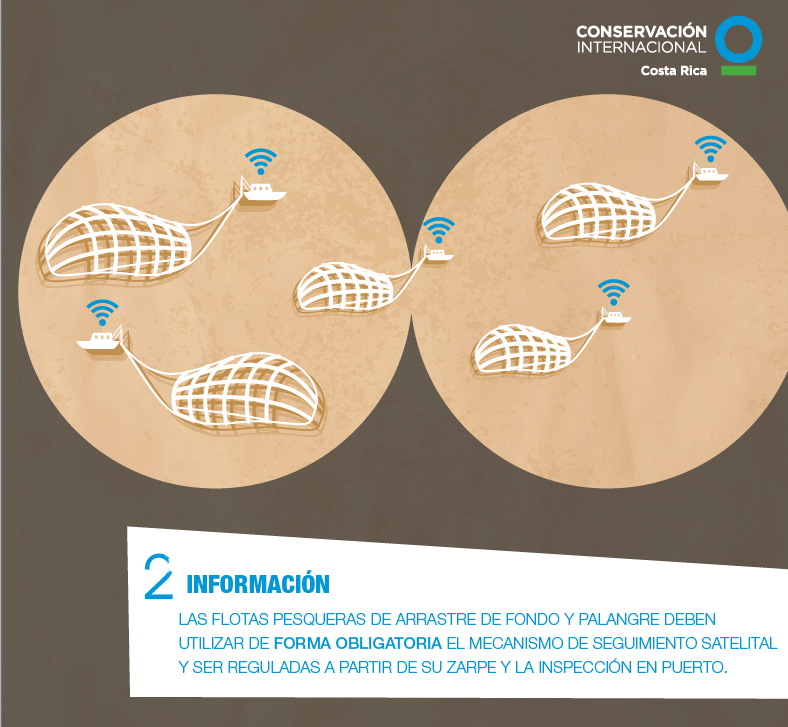 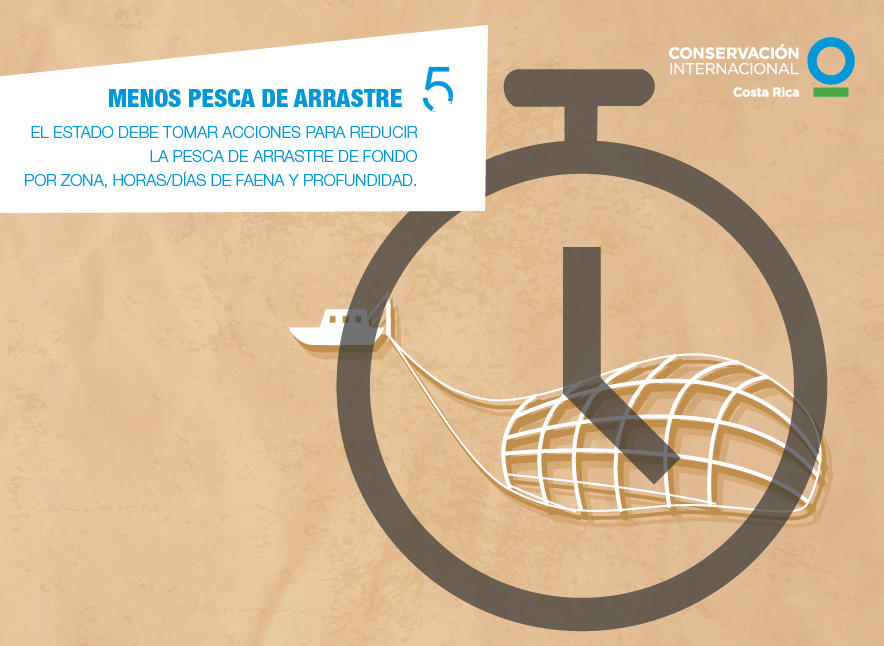 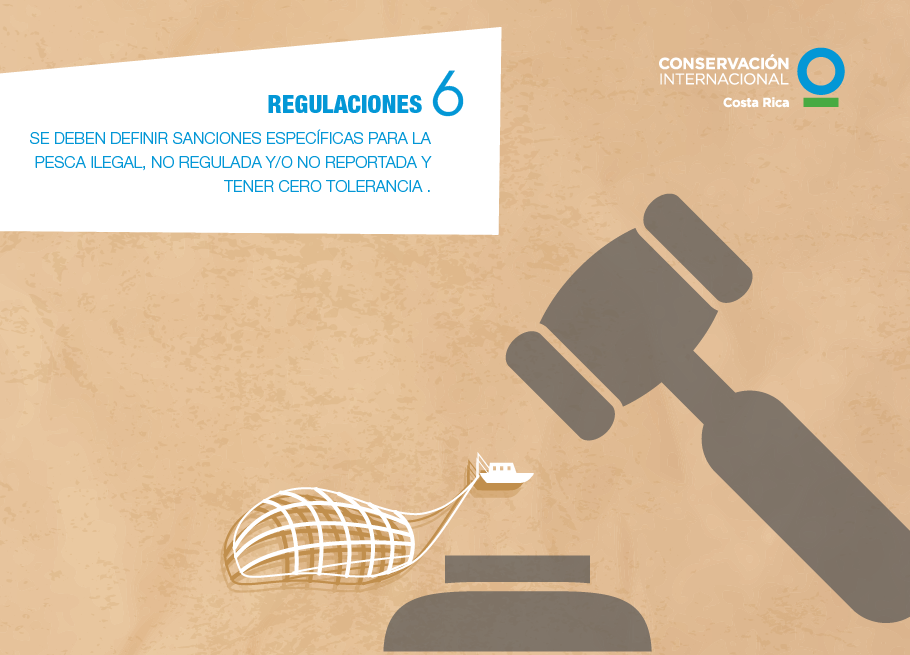