So how do we make sure that everybody is using our shared marine resources responsibly? Well… it’s not easy.

One of Conservation International’s proposals is the Seascapes approach. A Seascape is a network of marine protected areas, typically large, multiple-use marine areas, where governments, private organizations and other key stakeholders work together to conserve the diversity and abundance of marine life. They are designed combining strategic, local and scientific knowledge with the goal of promoting human wellbeing.

A vital area of our oceans

Not all of the ocean is the same. There are special places, places where life is richer and resources are plentiful. Such places need to be properly managed in order to ensure a healthy state in the rest of the oceans. One of them is the Eastern Tropical Pacific.

Nearly one third of the world’s whale species, as well as fur seals, sea lions, numerous shark species, and important populations of globally-endangered sea turtles and seabirds, migrate back and forth through this vast marine area, making it the marine equivalent of the Serengeti. In the Eastern Tropical Pacific you’ll find bigger populations of many species than you would anywhere else on Earth. It is then no surprise that the Eastern Tropical Pacific is one of the most productive fisheries in the world.

This cannot be overstated: preserving the natural resources of the Eastern Tropical Pacific is not only right, it is necessary to ensure economical and social stability in the region and beyond. 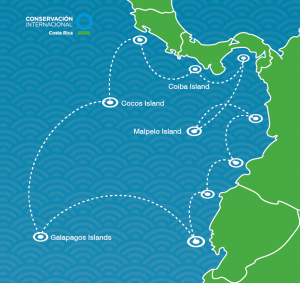 Representatives from those 4 governments ratified their commitment through the 2004 San Jose Declaration according to which the Seascape’s goals are:

Since we began to work in the region in 2004, we’ve supported the creation or expansion of more than 20 marine protected areas (MPAs). We’re working around the region to restore critical coastal areas, end destructive fishing practices such as overfishing and trawling and coordinate cooperation among the governments of Costa Rica, Panama, Colombia and Ecuador to create a more sustainable Pacific Ocean.

So hold your head high Costa Rica! We are part of an invaluable initiative to preserve what can be humanity’s most critical resource: our ocean. 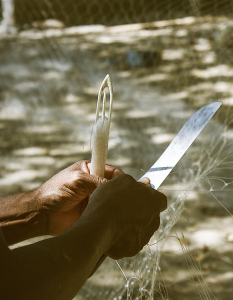