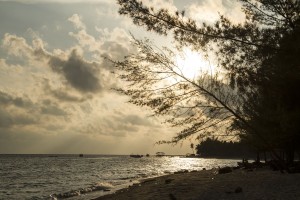 When the first wheel touches the crystaline water, the boy turns thewheelbarrow nad throughs all contents to the ocean. Bottles, wrappers, food scraps, even a broken sandal, stay together briefly before separating according to their buoyancy. Most plastic floats back to shore, but out of sight. At least out of the sight of the tens of diving enthusiasts who will barely spend half a day on the island, before returning home.

A few, however, will stay that night to sleep in the huts that have enabled by travel agencies, and will take an evening walk to the dock of the small fishing village, one kilometer to the west, to watch the spectacular sunset. 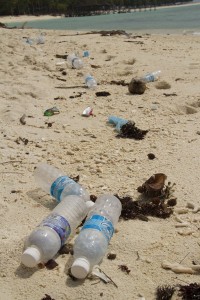 A brief stroll through the island unveiled a worrying scene

The walk will show them a sad tour of the landfill that has become Pulau Mantanani; this small island in the Sea of ​​China, Malaysia Sabah region. Famous tourist attraction for its underwater fauna, where colorful fish abound and where the more fortunate can also spot a turtle in search of food. To enjoy total comfort in the immersion, divers must struggle not to notice the garbage that is mixed with coral; which currents have failed to return to the piece little of land.

A human being who lives here, in its different versions of age and gender, will coexist with garbage; with plastic that inevitably ends up integrating into the food chain after the fish ingest it when it’s reduced to microparticles. Indestructible plastic become a serious environmental problem against which a handful of countries have launched a difficult battle to win. 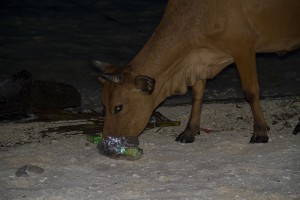 The Crusade has not reached the tiny Mantanani, or the huge and spectacular island of Borneo, where small- and large-scale destructive practices to the ecosystem proliferate. The once large areas of primary forests are being replaced by palm plantations to extract the oil. Colonized by invasive species that ruins the land on which it sits and prevents the growth of other plants. Orangutans have become deprived of their habitat, relegated to small reserves for tourist observation of the most visible victims of deforestation.

Photographic objective of the same visitors who daily contemplate the sunset from the boardwalk; surrounded by children splashing among garbage, converted into makeshift toy or float, and cows walking through beaches covered with debris in search of food. Animals walk by that piece of sand that is raked carefully every morning in the absurd attempt to hide shame under the transparent carpet of the China Sea. 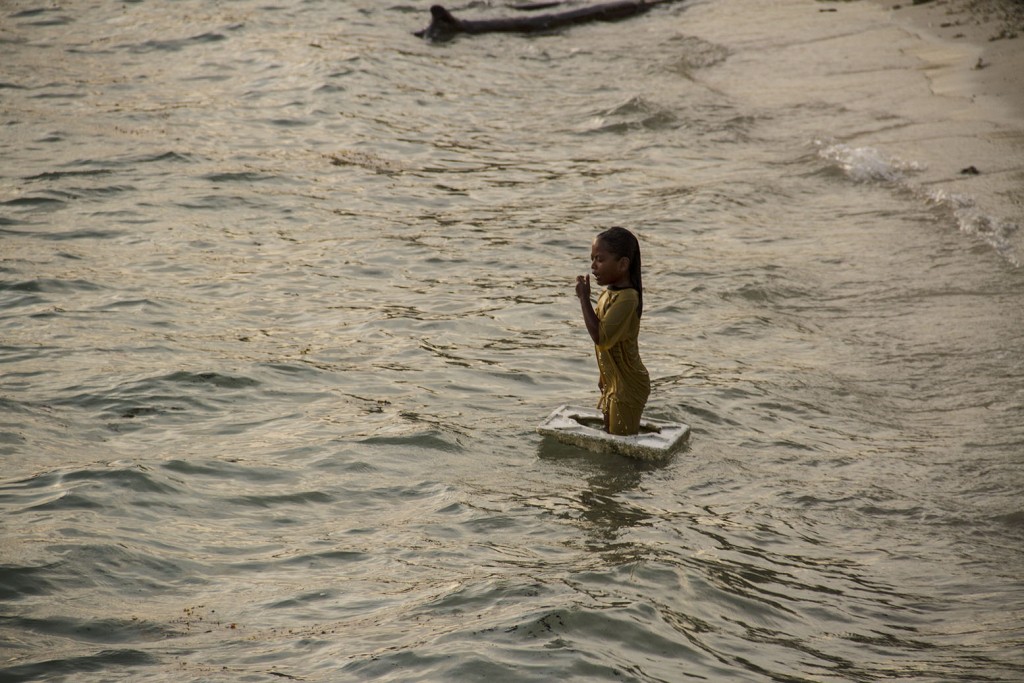 At sunset, kids use garbage as toys