Sharks are a group of highly successful predators, and many species play an important role in marine ecosystems. For example, the biggest sharks can control the abundance and distribution of species of smaller size, thus regulating the diversity and maintaining the health of marine ecosystems. 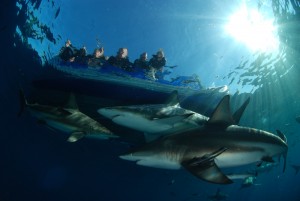 Sharks can be a source of income through ecotourism. Photo by Sijmon de Waal

Moreover, in several regions of the world it has been discovered that some shark species may stimulate the local economy through ecotourism. Therefore, the real value of sharks goes far beyond marketing their meat and/or fins, for example, it is estimated that ecotourism activities around sharks can generate more than $ 314 million per year in the world. This has led to think that, both ecologically and economically, a shark is more valuable alive than dead.

Overall, the shark fishery generates a sum of approximately $ 630 million per year. Although superficially this figure can be seen as a more lucrative activity for some entities, many of the shark fisheries around the world have already collapsed or catch has declined significantly due to overfishing.

Sharks, unlike other fish groups, have a number of very specific biological characteristics that make them vulnerable to fishing pressure. For example, many species of sharks have very slow growth, little is reproduced as a very advanced age (10-20 years), and generally have few offspring. Furthermore, it is common to find immature (neonates and juveniles) in coastal waters, while adults are usually found in deeper waters.

Therefore, if there are no suitable fishing regulations and specific management plans for the removal of sharks near and far from the coast, it is quite possible that a fishery can significantly reduce the size of a shark population within a few years.

According to a recent evaluation, more than 25% of shark species in the world are in danger of extinction. This number could be much higher because we only have information on the status of the populations of some species. 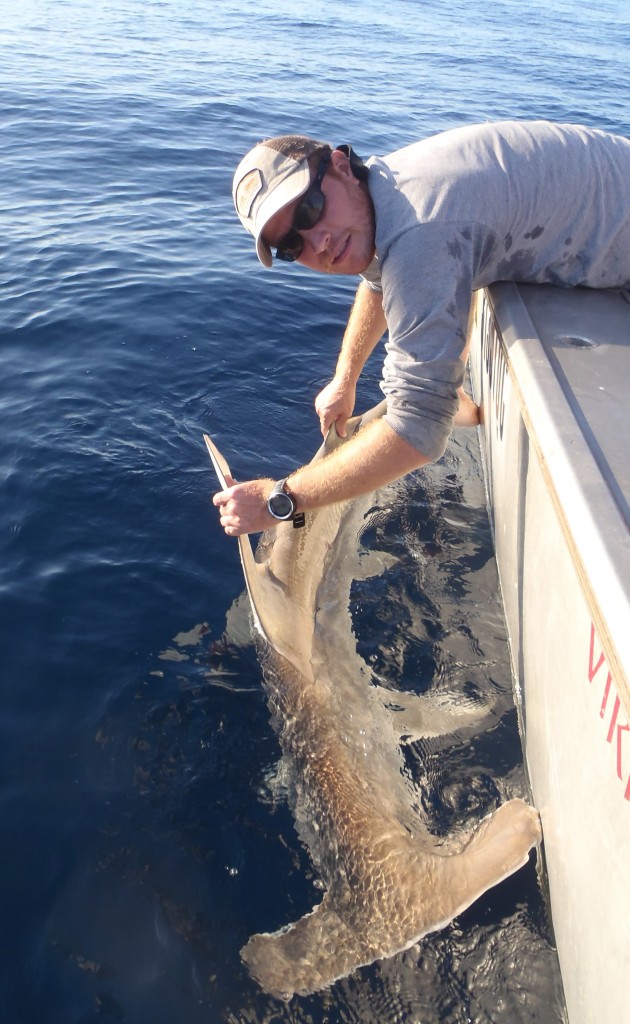 Some hammerhead populations have decreased by 98%. Photo by Michelle Heupel

In Costa Rica the status of shark fishing is critical. As in the rest of the world, sharks as a resource have decreased considerably in our waters. It is clear that many families depend on this resource and that fisheries that harvest sharks directly or indirectly, generate an important economic activity for the country.

However, it is even clearer that sharks are not an unlimited resource, and that if we do nothing now, theyt will disappear completely. So if we have this long-term resource (and other fishery resources that are facing similar situations in Costa Rica) we have to have a broader and more comprehensive view of the impact of fishing activities on their populations.

Although it is possible to reverse the decline of marine resources, this will require much time and “visible” changes in our fisheries policies. It is important to think about the future of our marine resources, not only in the present. The reality everyday the fishing effort for the extraction of marine resources must increase in order to keep it lucrative.