I do not dislike our president. I appreciate that he does not use the same political tone that we have heard all of our lives. I think he is an intelligent, articulate person.

Extract from an official communication by Costa Rican government. http://bit.ly/21w11jb

However, I believe that our government has not addressed environmental issues correctly. Marine issues in particular. At the bare minimum, there has been a huge communication problem and that is already a big problem. I think overall the current government has shown a great inability to receive criticism about its management of resources and marine areas. They suffer from intolerance to criticism. Questions do not open debates, they are quickly labeled as “malicious” and “false”. No policy is ever immune to criticism, yet our government, once it receives criticism, insists on qualifying it as evil; the only result being that those who receive it, evade it. Our government cannot explain what those “evil intentions” they are using to disqualify criticism actually are. Without evidence, the discussion disappears and the arguments move to the realm of faith. We are forced to believe rather than to understand.

On the one hand, and openly, the government says it is interested in protecting the value of scientific information. However, it seems that when such data points in a direction contrary to its thinking, it is discarded with the same ease with which they evade criticism. An example being when the government decided to ignore, in early 2015, the criterion of a scientific committee (CRAC-CITES) which recommended not to export a shipment of hammerhead shark fins. By disagreeing with this, they separated from the committee’s recommendation and the export took place without any further explanation. Our government only argument was  that the export was permitted to protect artisanal fishermen in the country. 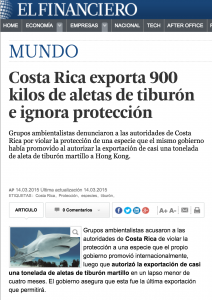 However, the limited data INCOPESCA has shows that fishing for hammerheads in 2012 was only 1.7% of the total catches of the country and sharks and downloaded fins were caught by the domestic longline fleet, not artisanal or small scale fishers. When this inconsistency is criticized, they respond by saying that the decision was legal. But if it is legal (and this is debatable) it is not the same as saying that his act complies with the available scientific knowledge, much less that it has been sustainably harvested. Looking closely, the recommendation of the committee of experts was ruled out not by the data but by the opinion of INCOPESCA, an institution that suffers from many ills starting with the lack of information.

Unlike faith, science is based on data and proven facts, not in the belief that anything a figure of authority declares is an absolute truth.

When science itself is used, it is to say that there is insufficient data and scientific uncertainty is argued. In other words, if the data indicates a trend, but it is not conclusive, the need to generate more data is indicated. For example, it appears that the Gulf of Nicoya suffers from over-exploitation of resources. But since we do not have enough data, uncertainty is argued and difficult decisions are evaded. Since we are not sure we leave everything as is. It is like discovering a lump in the neck but not going to the doctor because ‘it should be nothing’. 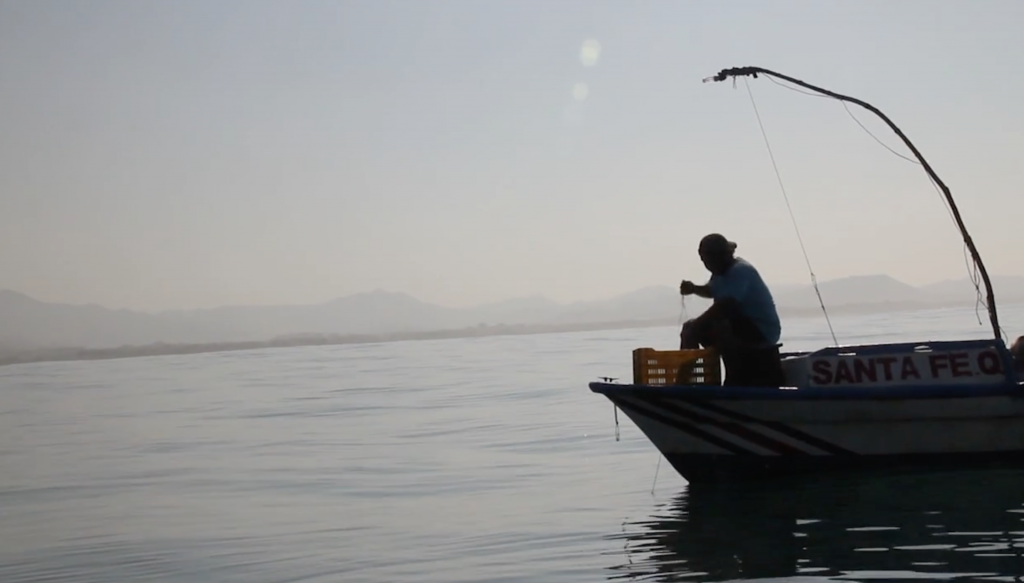 The marine species of more commercial in the Gulf of Nicoya have surpassed their ecological and economical sustainability level. Their populations are expected to collapse by 2020.

In light of doubt, we do not invest in science to resolve it. We continue to subsidize fuel for fishing (one hundred twelve million dollars between 2006 and 2012) without question, but do not invest in science to dispel doubts. It is a vicious circle: ‘I do not know, but I will not find out. ” This policy of ‘laissez-faire’ has been the mark left by INCOPESCA since its inception.

Shameless excuses
Some fisheries, such as longlining and trawling, openly benefit from state inaction and many coastal dwellers suffer the consequences. The powerful fishing sectors, block streets and sit on the Board of INCOPESCA, enjoying a privileged position in the politics of ‘letting go’. Profits are privatized and losses are shared. For example, before a consultation made to INCOPESCA about the technical support (that is, the science behind a decision) used for licensing longline fishing, they responded by stating that ‘they had no information’ since the licenses were granted before the institution was created. The authority that should manage fisheries in the country has no information !? … .This excuse does not even make them blush.
Another example: our Constitutional Court recommended the closure of trawling in Costa Rica. A fishing practice that has generated international embargoes but which has never been sanctioned by INCOPESCA, although the institution has information indicating the huge environmental damage that this activity generates. In light of the recommendation of the Chamber, the government created, disguised under a process of “dialogue”, a bill to reopen trawling. The project does not rest on any scientific basis to ensure environmental sustainability. But ‘laissez-faire’ does not require it.
The President, badly advised, said: ‘we will not leave our fishermen and fisherwomen defenseless because of environmental issues’, like if fish and fishermen who capture them existed in different universes. Could it be that overfishing is a symptom of a larger problem? Of our myopia to see the sea and to not see into the future?

More fish stocks should mean more jobs. But for there to be more resources we first need effective regulation, based on science and accountability. No pandering. The opposite direction, to exhaust those resources and leave communities in despair will only increase conflict. ‘Laissez-faire’, doing nothing, are decisions too. It’s time to fix that.