Who doesn’t enjoy a short trip over the weekend? Last August I took advantage of both Mother’s Day and dad’s birthday and I went with my family around Caño Island in search of whales.

Each year, between the months of August and October our country is visited by humpback whales (Megaptera novaeangliae) that live in the cold waters of the Southern Hemisphere. They come to mate and give birth to their young in our warm tropical waters.

The anxiety of waiting

We left from Sierpe village, crossing estuaries that took us to the sea while admiring the impressive mangrove forests surrounding the delta of the Sierpe and Térraba rivers, the largest mangrove forest in Central America.

Once at sea, everybody onboard would think they had spotted a whale every time they saw a log floating or even a shadow of the waves. There was great anxiety, we all wanted to know when we would get to see the first whale.

The wait was over, in the distance we could see the puffs of a pair of whales near a boat that was following them slowly, so we approached. For a moment it was quiet while the animals dived somewhere near us, but then, to our surprise there were not two, but a group of seven adults that jumped over the water showing us their fins!.

We were all amazed, even I, who had seen whales in the past, still could not believe we were so close to these 15 meter-long and over 30 tons- heavy beings. As if that was not enough, some dolphins were jumping behind the whales, it was a complete show.

Joy that can be appraised

Many foreigners come to Costa Rica to appreciate these giants. According to the Instituto Costarricense deTurismo, between 2010 and 2014 the number of tourists who came for this purpose tripled, reaching more than 130,000 visitors. 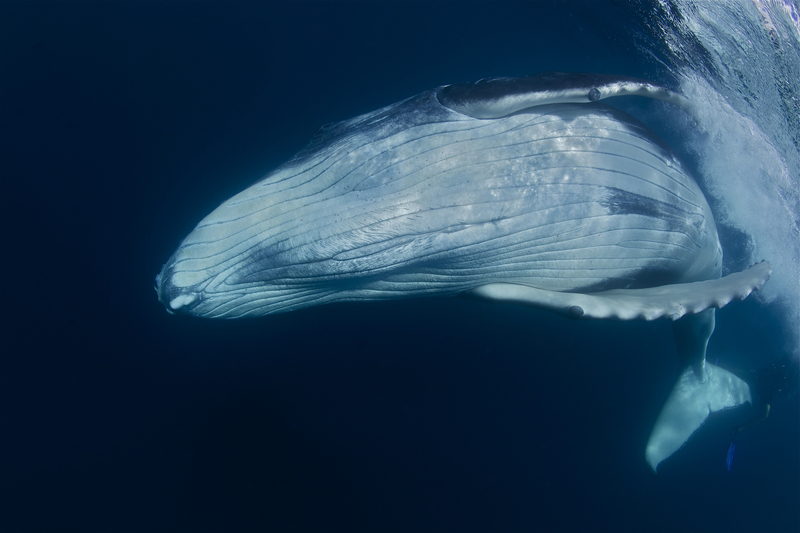 Who wouldn’t pay to be able to admire them?

This results in economic benefits for local communities. Ballena Bay is an example, where about 90% of the economy is associated with whale watching.

I am a marine biologist so I understand the importance of having these animals. But the opportunity to see such a spectacle of nature was the reason for my family to say with conviction that they want people to continue to have the joy of seeing these whales for much longer.

That is why there are guidelines in place to observe cetaceans in a responsible manner. If the boats harass them by chasing them or by coming to close to them, we would slowly see fewer animals in our waters. That would seriously affect the local economy and the ecosystem’s health, it would be like killing the goose that lays the golden eggs.

Myself, I returned to San Jose with the satisfaction of the experience I had, confident that conservation is not some whim, but that whales are economic resources and their conservation is a win for everyone, it is development.