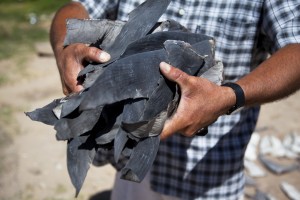 Shark fins have a very high value on the Asian market, which has led to illegal fishing activities to the detriment of several species such as hammerhead sharks. The reason is simple, the price of the fins is higher than that of the flesh. Therefore, some fishermen opt for the easy (but illegal) option of cutting and retaining only the fins so they can have more room on their boats, and thus generate greater wealth. This activity has been completely banned in many countries, and Costa Rica is no exception. However, not only does shark finning continue in our waters, but also a lack of controls the landings, which makes it impossible to even know the kind of species being captured. This despite all the existing regulations and conventions to which Costa Rica is part.
END_OF_DOCUMENT_TOKEN_TO_BE_REPLACED 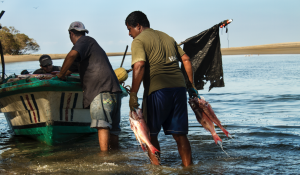 Illegal fishers, onboard of 32 boats and concealing their faces, surrounded the authorities with a menacing attitude. All of it was documented on video by the officers. END_OF_DOCUMENT_TOKEN_TO_BE_REPLACED