“We’re getting there! On the issue of water; we are learning to swim” Nelson Espinoza, Camaronal National Wildlife Refuge manager

Before the Camaronal National Wildlife Refuge came to be, it had to overcome numerous obstacles. It is young. Nelson Espinoza (current manager of the Refuge) and Franklin Hernández (in charge of the tourism department), tell us their story. From as far back as when looting was a common practice, until today, when a new Management Plan has been developed jointly with Conservation International Costa Rica in order to strengthen the effective management of the marine protected area.

People came with their vehicles or their horse, or their mule and went into the beach to set up camp for a week; they grabbed turtle eggs and took them home. Most of those went towards human consumption but a percentage would end up as animal feeding, like for pigs.

The interest of the municipality was to grant the 150 mts of concessional restricted area. They had several urban projects in the works. At the same time there were people – biologists- working on the beach but individually, on their own. They did not represent an institution or an organization. So the people who were working on the beach appealed for constitutional rights´ protection by the Constitutional Court. And the Constitutional Court resolved in its resolution for SINAC to create a protected area at Camaronal.

So, Camaronal National Wildlife Refuge was established in 1994?

Although it was labeled a protected area in 1994 that does not mean that park rangers arrived right away, nor that along came Superman and Batman and all the superheroes to save the day. Camaronal was suspended in a state of abandonment until the first rangers were sent in 2005; at the beginning conditions were very harsh. There are pictures of when all of this was pasture. It was just grass and cow feed and you could see from one end to the other of the protected area. So began the hardest chapter, under very rustic conditions: a tent, sleeping in the school building… and the process moved forward.

If the work on land is difficult, I imagine going out to sea is even more so.

The reality is we need many resources we don’t have, so tackling the marine issue, the protection issue becomes difficult. Everything that is ocean-related is very expensive. We have performed joint operations with the Coast Guard, for instance, very expensive operations between Camaronal and Caletas where we have not been able to capture anyone. A single operation means mobilizing 20 teammates, along with people from INCOPESCA, Coast Guard, MINAE… A big boat, equipment, logistics and food are required. The marine issue is very complicated. But it is our duty to continue.

We have a particular situation with a boat that CI made available. It turns out the donation process to SINAC has been so difficult, it’s taken about 5 years to become effective. CI buys a boat, gives it to us to use, but we have no access to it until it is accepted and registered as a SINAC asset.

We also have to ensure that the boat will be there. Keep in mind that we are the ones who will go out and supervise, so people will reasonably view us as the bad guys. If we don´t safeguard the boat, they will burn it, toss it, and destroy it. So the boat is currently docked at Baulas Marine Park, at the nearest Coast Guard base, where our colleagues can safely depart from and return to.

How long does it take you to get to Baulas from here, by boat?

Two hours, three hours when the water is choppy. Up to three hours and that’s if you don’t stop along the way to attend to a case. We are supposed to respond immediately when there is a complaint. So when you get a complaint that there are people somewhere with a trammel, you have to organize several things like not leaving the station unattended, arranging for transportation and all that…

Furthermore, the job of managing the refuge marine area goes beyond patrolling. How was the new Management Plan created?

At the Conservation Area we have experts. There’s a technical team prepared under certain criteria that was able to create a management plan, but there were data missing… bathymetry, biodiversity studies, and certain things that only a very specialized group can perform. It was only possible through the coordination between Conservation International and the contribution of the Conservation Area.

Why was it of importance to develop a management plan as the one you currently have?

It includes everything one should work on, determines the number of staff required, the necessary budget, etc. This management plan is comprehensive, it allows us to have an overall picture of what Camaronal, and Caletas are. They´re two protected areas, that although they may be a little distant from eachother, if you fish at one it affects the Caletas-Ario NWR because there is no barrier preventing the fish from moving across. All of our strategies derive from this Management Plan and it shows us the way to render them operational.

Should marine legislation be a priority in Costa Rica?

Costa Rica has 3 transporting routes. By air, which is very neatly organized, by land, which is also very tidy, but by sea… Licenses are handed out, but people can get them by only wanting them. If you don’t want one, you don’t get one. We do not know what state the boats are in, their engines… It’s a mess. But we’re getting there, on the issue of water, we’re just learning to swim. 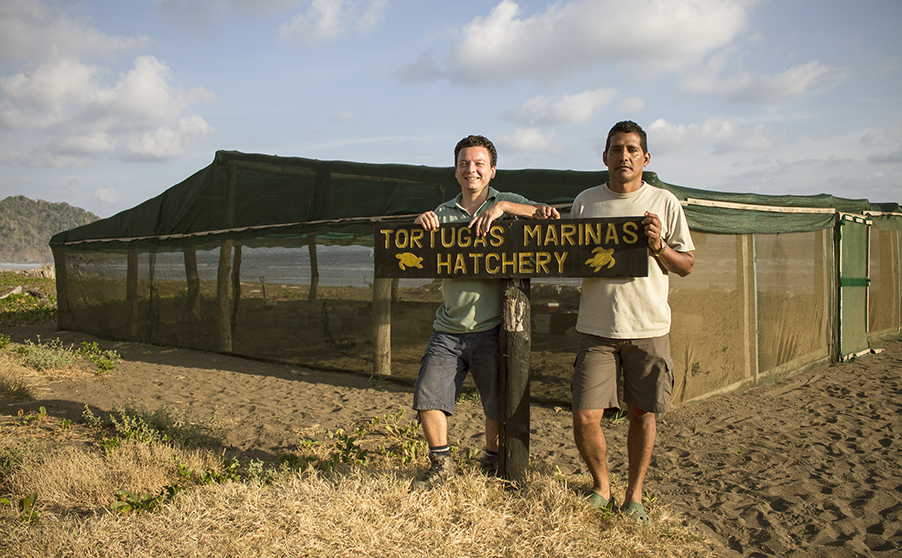