Miguel Naranjo is Costa Rican, a chemical engineer, and works in the United Nations Framework Convention on Climate Change.

This Convention is an agreement between virtually every country in the world to avoid dangerous climate disruption due to human activities. The secretariat follows up on the commitments of the countries, reports on progress and organizes activities and negotiations, in coordination with and under the mandate of the signatory countries of the Convention.

Miguel’s days prior to the cop21 held last December in Paris, was intense. But once he traveled to France for three weeks, the pressure rose. Over the next four articles in our blog, we’ll talk with Miguel to learn about climate change, his experience in cop21, and its results. 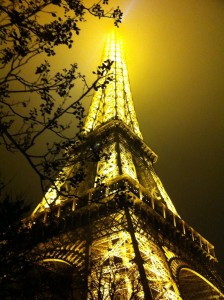 How much has the planet warmed? Why should we not exceed warming above 2 degrees?

The two degrees Celsius mark that has been set for the average maximum warming is based on estimates made by scientists around the world, including the Intergovernmental Panel on Climate Change (IPCC). According to these estimates, exceeding 2 degrees Celsius over pre-industrial level would represent serious threats to the continuation of human activities as they exist today, an important threat to our way of life and potentially to our society itself. 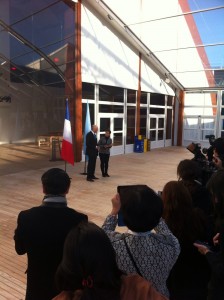 Another Costa Rican, Christiana Figueres, leader in the change towards a more sustainable world.

What were the main objectives for the cop21?

The primary objective was to achieve a binding agreement for all countries in the world, which clearly established that our goal as a global society is to reduce GHG emissions for the common good. That sounds very logical and like something that everyone would want to do. And it is, in principle.

However, the reduction of GHG emissions implies a radical change in our economy, in our production systems and in international relations. Therefore, although the objective is clear and laudable, the implications face many  interests and lead to difficult negotiations.

We all know how difficult it can be to get 4 or 5 members of our family or friends to agree to go all out to eat or walk. Everyone has their preferences, their agenda, their interests and the discussion can be difficult before reaching a decision. Now imagine the same with 195 countries and the European Union regarding the future development of the economy and possibly its entire society! And all must agree. Not one can have objections. The task is simply titanic.

How was the atmosphere? Did it seem possible to achieve the objectives?

The atmosphere was always positive, despite the natural nervousness regarding the complexity of the task, which already faced problems in 2009 in Copenhagen. We were very optimistic that an agreement would be achieved because multiple positive signals were given before the COP21.

For example, the United States reached an agreement of cooperation on climate change with China; India agreed to contribute to global action; multiple sub-national authorities voluntarily adopted commitments; many private companies agreed to collaborate in various ways; many investors promised to take their investments out of ​​the oil and coal industries; most countries sent their nationally defined contributions; civil society was fully involved; etc.